Most of the screaming about Obama's levels of deficit spending ($1.75 trillion in 2009) is because people cannot fathom the number one trillion. Oh my god!! A trillion!!??! BWAHAHHHH .... 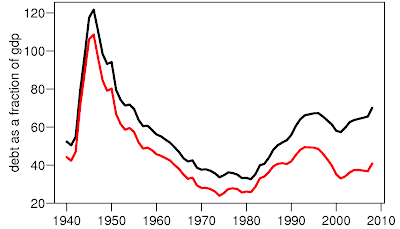 This is entirely manageable, especially considering how bad this recession is. Do people still not understand how unique this recession is? And Obama's level of debt is NOTHING compared to Japan: 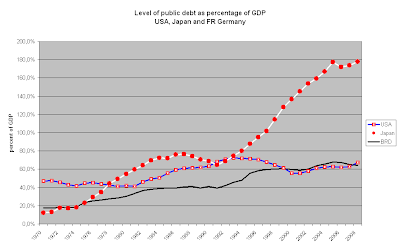 "The projected debt/GDP ratio will be high by US historical standards, but within a range that a number of advanced countries have entered without catastrophe in the past."

Screw Sailboats, Let's Get a LARC

Holy crap, is there a manlier vehicle on the planet earth? Check out the 1952 62-foot LARC Amphibious Landing Craft -- yours for only $245,000. Anyone wanna go in on it with me?

It's also hilarious that the contact person to buy the LARC is a guy named Bob Everhard. 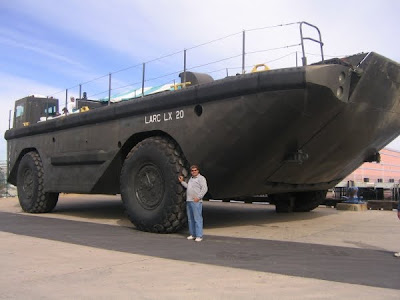 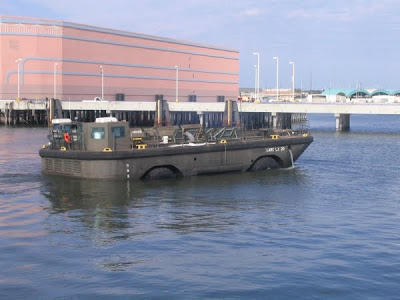 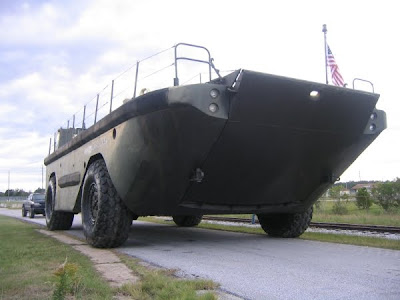 I have a $500 bet with my gold-standard-espousing friend Matt that not one major industrial country will go to the gold standard. My time frame was originally in the next 10 years (or ever), but that's no fun for betting, so we've reduced it to 5 years, ending on April 13, 2013.

So for the past year, Matt has been sending me occasional links to articles like this one about Zimbabwe whenever there is any word uttered by a government about possibly backing a country's currency with gold.

Come on, Zimbabwe? Really? The country with 231 million percent inflation? Shit, if you were to propose backing Zimbabwe's currency with seashells, it would be more than reasonable.
Posted by: Lonnie Bruner / 11:08 AM 2 comments

I'm Gonna Have a Son 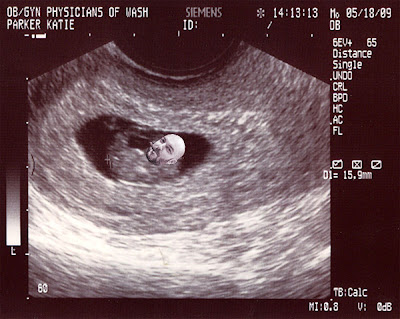 The sonogram revealed a cigar-smoking handsome male that looks strikingly like me.

I've been thinking a lot about my life after Elliot is born in December.

Plenty of people live full happy lives without children, but if I were to go through the rest of my days without having raised a child, I will have missed an essential part of the life experience. (I speak for no one but myself on this).

I'm 35, and I will likely keep living longer than I have already lived. If we had decided not to have a child, what would lie ahead for 35+ more years? More drinking, traveling and hanging out with friends like we did in our 20s? Then, when the friends all have children, we're stuck with only drinking, traveling and surrounding ourselves with more and more material things until the day we die? Don't get me wrong, I love Katie so much that I start to miss her when she comes home even a little bit late, but I could not see myself at age 45 feeling I'm living a full life merely on career and traveling with just the two of us.

Thank god I'm gonna have a little dude to eat weird food with, teach to sail, light shit on fire, catch and cut up bloody fish, skateboard, teach guitar to, look for fossilized shark teeth, teach to drive a stick shift, and do 800 other things I would not have done otherwise. It's like life will begin anew in four months.

NOTE: I don't wanna hear from parents warning me of all the sleep loss and shitty diapers. What, do you think I can't handle being around other people's feces and losing sleep? Have you not noticed that for seven years I've been going on 4-day sailing trips with no fewer than four other dudes?? I am ready.
Posted by: Lonnie Bruner / 9:46 PM 8 comments

Music has qualities like smell does; both can take you back in time and for an instant you feel a calm out-of-body experience that can make history more real than anything you read in a book. Think about the time you inhaled a passerby's perfume that your ex-girlfriend used to wear 10 years ago, or that terrible Lords of Acid song you heard in the girls' dormitory back in college.

Listening to a well-sung sea chantey makes me feel warm and comfortable, as if I'm plying Chesapeake waters in a creaky wooden sailboat before stinkpots and fiberglass hulls existed -- the aural equivalent of drinking a good scotch on a snowy night in front of a fireplace while chatting with Herman Melville in the late 1800s. And few people did it quite as well as Johnny Collins who, I just found out, passed away last month. Here he is doing what he did best:

I bought this great shantyman's album a while ago and it gets lots of play every year during my annual sailing trip. I'm now at a stage in my life when music is not very important to me, but these old sailing songs always lift my mood and make me feel warm inside. In part, I thank Johnny Collins for that. God bless his soul.
Posted by: Lonnie Bruner / 8:01 PM 1 comments

Show me someone who doesn't love pressure washing, and I'll show you a woman. 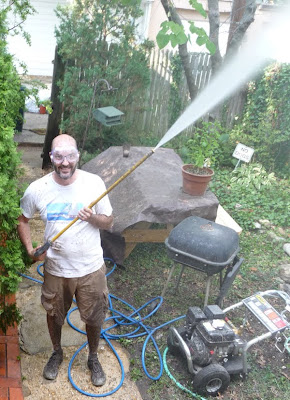 I've never met a man who does not love pressure washers. My father-in-law is fascinated by them, telling me that he pressure-washed nearly everything he could see when he first bought one. And today I realized how addicting they are when I rented one from Home Depot for $56.

It's about the messiest job you can do. A gasoline-powered engine forces the water through the hose and jets out in a dangerous knife-like spray so you have to wear protective goggles or dirt nails your eyes at 50 miles-per hour. My entire body was covered in grime from the backyard, but mainly that was because I was not adverse to aiming the nozzle at nearly everything in my path -- leaves, weeds, and broken pieces of concrete. Outta my way! It was awesome.
Posted by: Lonnie Bruner / 9:36 PM 5 comments